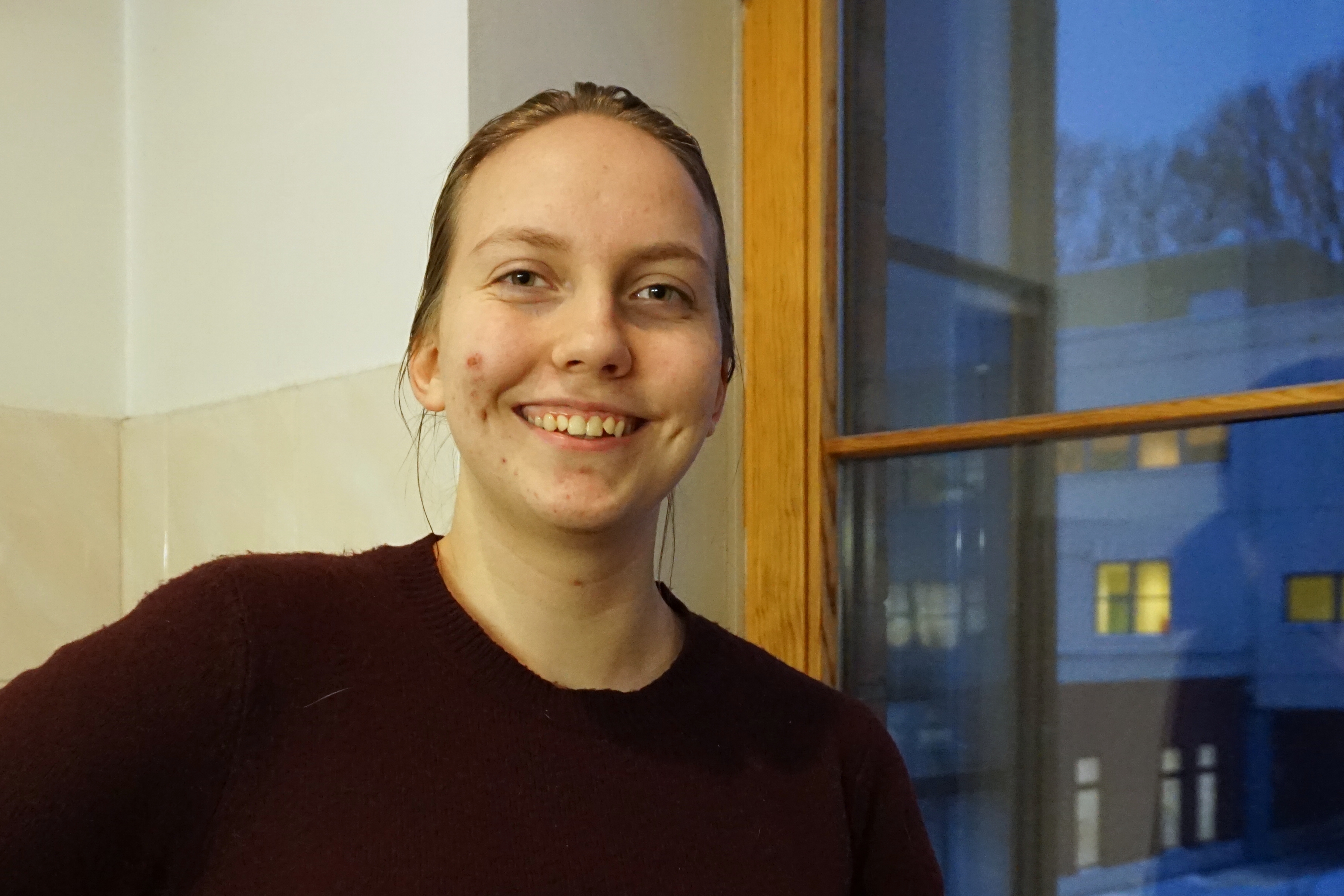 Luīze from Riga about the value of water

The interview with Luīze, 17 years old, took place at the 17th december of 2018. She lives in Riga in Latvia and currently attends 11th grade at the Riga State German Grammar school. When we asked for volunteers in her english class she was happy to talk to us. And it turned out she was the perfect partner for the first interview on our journey, since she is fluent in English and was able to convey her thoughts in a lively and eloquent way – might be because of her experiences as a stage actress.

For Luīze “water is the juice of life”. During our talk she told us a lot about future water crisis and her very own way to contribute to preventing them, as for example: “sav[ing] water not just physically by brushing [your] teeth and using less water but also [by] not us[ing] the materials that use water to create them”.

Read the interview below to get a deeper insight into her relationship to water in her daily life. Below you can also find the unedited version of the interview, containing every pause and giggle to get a better feeling for the talking situation. :-)

If you think about your day up to now – for what purposes did you use water?

So today I used water to take a shower; I brushed my teeth; had a glass of water for breakfast, well on the side not just breakfast – I don’t sustain myself just from water. And that seems to be about it.

Is this a virtual water thing?

What is virtual water?

(laughs) Virtual water is the water that is no longer visible but technically is there because it was used to make the product.

Do you know where the water you use is coming from?

That’s a tough one… I’m not entirely sure where the water is coming from, however I do believe it would be coming from – in Latvia I would call it Dauga (inaudible) which is basically where all the water comes from for Daugava. I forgot what it was called in English..

No, not the source – the area from where the water flows into the river. So there’s a river and the area around it is feeding the river. I believe it’s probably from the – you could say ground water that supports Daugava. However I do not use the severing system that is in Riga.

Do you save water?

I do try to. I know that the amount of usable, drinkable water is reducing because it’s getting polluted in the world or it’s getting saltier because of the global warming. So I do try to save as much water as possible. I also try to follow the zero waste movement. So I would also save water not just physically by brushing my teeth and using less water but also so I don’t use the materials that use water to create them and I try to reuse more stuff. So I don’t waste that much water.

What value does water have to you?

Oh, water is the juice of life you could say. There will be no life if there’s no water. I mean maybe after a million years once life adapts that there is no clean drinkable water… But for us humans it is the juice of life. It has high value to me and even though let’s say a diamond would be a hundred million times more expensive than water it is more important than a diamond. Because it’s a shiny thing however; water is, like I said, the juice of life.

If you think about the future and you imagine the year 2050, what do you think the situation of water around the world will look like?

Okay, so quick heads up – I am very pessimistic about the the future. Especially since how the global warming is going and so, about water: probably if not all, than a lot – most – definitely at least half of the ice in the poles will be gone. At least I think so.

Like global warming will happen and it’s gonna be bad. It’s already happening but it’s gonna hit bad. And the water is gonna melt. So a lot of drinkable water that we could technically use from ice will be gone because now it’s gonna be sea water. For the rest of water I believe it’s gonna be more polluted. There are already a lot of problems where the water sources are getting polluted, so it’s hard to get them fresh and usable.

And there’s a lot of money going towards filtration systems and all of that and I think it’s gonna worsen in 2050. So I do believe the water situation is gonna go down the drain – quite literally.

In Latvia, do you think many people are aware of this like water and climate crisis?

So, the people are aware in Latvia about the global warming and the climate crisis. We witness it every year; we have songs, like national songs about winters with snow, Christmas with snow. And the last three years haven’t had that because well there’s not enough cold to (inaudible), so… Our Christmas is bare frozen ground – everybody notices it and not a lot of people are happy about it. The weirdness about summers and winters and how they act. They do see about global warming and the global change.

However I do not think a lot of people are aware of the water situation. Mostly because it doesn’t affect us that much up here north because we have a lot of water sources. We have fresh water pretty much everywhere so a lot of people don’t realize that some people don’t and it’s getting worse and we’re having less of it. Because we have so much that they don’t notice that it’s going bad and then they notice the situation worsening, of course there are some – a few people talking about it. However not many and not a lot of people know about it, definitely not.

And if it were up to me I would love to talk more about it with others and I do actually. I wanted to make my SPD project about it but just – uh, SPD oh my gosh how do you translate that – basically a research paper. That I have to give in in two weeks – oh no (laughs). But I wanted to make about it. I wasn’t able to, because there’s not a lot of scientific information about virtual water and the water crisis in Latvia. Which is very saddening and very concerning.

Do you talk about those topics at school?

I do try to talk to everybody that will listen to me.

Like virtual water seems amazing to me! Because at one point I was looking at this sink. I was looking at this sink and I was thinking that metal, to get that metal they used water to purify the metal and so it could be molded into the shape that it is now. Without water it wouldn’t have been possible. So I sometimes think about it and I feel, I feel I find it fascinating, so I like to talk about it to anybody that will listen. And I would love to talk about it more, but I’m a bit of an introvert, I’m a bit of a shy person, (laughs). And currently I’m still in school, so the only people, that I can really talk to about this are my classmates and friends.

Alright. Thank you a lot. Do you want to add anything else?

No, I think my brain is blank. (laughs)